In the last couple of years, Blockchain has become one of the most popular solutions for setting up decentralized business ecosystems and recording digital assets.

No question, Blockchain is a promising technology, offering a wide array of benefits. However, one must adequately use it to take advantage of the many yet specific applications. And like any other relatively new technology, Blockchain is the subject of many misconceptions.

So, no matter if you are a beginner or an expert in the field, you have heard many Blockchain myths.

In continuance, you can find the top seven blockchain myths, analyzed and debunked with facts.

Myth 1: Blockchain And Bitcoin Are the Same

The most widespread misconception regarding this technology is that Blockchain is a cryptocurrency. But why is that so?

Back in 2009, we got to know Bitcoin, as the first cryptocurrency built on Blockchain. So, individuals often find the two terms as synonyms.

In fact, Blockchain is the system that records transactions between different parties, whereas Bitcoin, or cryptocurrencies in general, are solely one application of this technology. In other words, cryptocurrencies are the medium of exchange, using the Blockchain system to support their existence.

As a technology based on cryptographic standards and consensus protocols, many people believe that Blockchain is entirely secure. Undoubtedly, it takes a vast amount of computer power or human failure to tamper with the Blockchain data. Yet, it’s possible.

The blockchain standards and implementations don’t integrate methods for ensuring privacy. So, Blockchain technology is vulnerable, as the algorithm might be compromised.

Chances are, public or larger Blockchains are more preserved from cyber-attacks, whereas smaller ones are more prone to be jeopardized.

Myth 3: All Blockchains Are Public

A public blockchain portrays all transactions while concealing the identities of the parties with blockchain addresses. So, as long as the data owners are cautious with their personal information, their documents will remain hidden. On the other hand, a private blockchain has an administrator that restricts the access of the interested parties.

Myth 4: No One Can Trace Blockchain Activities

In addition to the previous myth, many people believe that their transactions on Blockchain are 100% anonymous. But this is not entirely true.

Public blockchains don’t disclose the personal information of the data owner. However, they portray the public address of the wallet. So, as long as the party keeps their identity hidden, they can safely engage in blockchain-based activities.

However, if someone links the wallet information with real-life identity, they can trace all the individual’s past transactions.

Myth 5: A Smart Contract Is A Legal Contract

The term smart contract is a bit misleading, as it entirely depends on the coder’s qualities. More precisely, the program automatically executes the encoding operations. So, if the creator has a superior code, they will have a satisfactory experience. Even so, you cannot enforce a smart contract in a court setting. Thus, they are not legally valid.

What’s more, smart contracts are quite complex by nature. So, you must always be careful what you publish, as these actions are not reversible.

Myth 6: Blockchain Is A Cloud-Based Database

Blockchains are not cloud-based systems, as you need to download the system on your software and operate it using the Internet. So, your connection’s strength will play a crucial role in the power of your blockchain network.

What’s more, cloud-based systems store specific or actual documents, whereas Blockchains store evidence or store Proof of Existence. So, a blockchain is not a cloud-based database.

The last popular misconception regarding Blockchain is that you don’t need to invest lots of resources. But this is not entirely true.

Take, for instance, Bitcoin mining. To perform this activity, you need a powerful machine, or hardware, with continual, increased electricity expenses. Therefore, Blockchain technology imposes and will continue to set high costs soon.

The above mentioned seven myths are only the beginning towards fully understanding the Blockchain technology. So, suppose you intend to invest your time, energy, and resources in these systems. In that case, you should focus on the real functionalities and limitations instead of blindly believing the popular, public opinions or misconceptions. 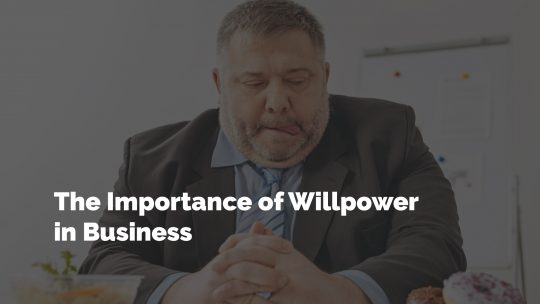